OK by far this was the worst week ever.  OK maybe not ever because we all know it was very rocky in the beginning of my training.  If I had to give this week a grade it would definitely be a F.  But it wasn’t all bad….

Tuesday, I was feeling better and met up with my BGR! Columbia sole sistahs at the Sandhills.

We got in 3-6.5 miles. This training run consisted of me doing a one mile warm up at my CP followed by eight repeats of three minutes at an 8’15 pace and one minute at 8’45. I finished this run up with a one mile cool down for a total of 6.21 miles. Now this run was great and I felt awesome. FANTASTIC!!!

Later that evening, I had to travel to Charlotte, NC for a three day business trip and was really excited because I knew I would get to meet more sole sistahs in a different city. On Wednesday, I woke up (before the alarm) and was ready to head out the door by 4:45 am. As you all know by now…nothing ever goes as planned. FAILURE!!!

I called down to valet around 4:35 am to have my car brought around (it usually took them about ten minutes). No one answered the phone. OK not a problem, so I called downstairs to the front desk…no answer. Houston now we have a problem 🙂 . I grabbed my gear and headed downstairs. Well looky there, the front desk clerk appeared to be playing a game on her cellphone. I told her I had been trying to call the front desk and she responded by telling me that something was wrong with the lines and she was using her cellphone to see what was wrong (I give her an A for trying but I didn’t ask for all that). Anyhoo, I told her I had somewhere to be and needed my car and couldn’t reach valet… she tried with no such luck. Let me just say my room was comped for the night and I received 7,500 points towards a free stay elsewhere. I was kind of bombed that I didn’t meet the ladies or get a run in but I wasn’t going to let that ruin my day. I headed back upstairs and worked on my project (work related) until it was time to head out for class. FRUSTRATED!!!

After class I was beat…lately while traveling (no matter how far) I always seem tired the next day. I’m sure it didn’t help that I had been sleeping on my sofa for the last few days (aunty came up to watch my man child (he hates when I call him that LMAO) while I went out of town. I told myself that I was going to just take a nap for an hour and then get up to hit the bike. Six hours later…needless to say I didn’t make that bike ride. FLOP!!!

Sleeping that long really messed me up for the rest of the night/early morning. I couldn’t get back to sleep…so there I was again missing a chance to run with BGR! Charlotte. There’s always Friday…right? FAIL!!!

Thursday, after class, I had an appointment to get my hair done (I got out of class at 5pm). Nine hours later (on Friday morning) I’m heading back to the room. So here it is 3:00 in the morning and I’m still up…Shoot, I spent an hour doing an impromptu photo shoot of my new do…needless to say that 5:00 am run with BGR! Charlotte was not going to happen. FELL FLAT!!!

I headed back home Friday evening and crashed. On Saturday, Diallo (my sun), joined me on my run. You know I was beyond excited…he really made my day. It reminded me of how he used to run with me in the past.  FAMILIAR!!!

I did 8×1200 meter repeats at 7’45 with a one mile warm up followed by a one mile cool down at my CP. I was so proud of Diallo, he really gave it all he had (and that’s all I asked of him that day…just don’t quit). I felt really good doing my 1200 meter repeats…even though I ended up running circles around Allo (didn’t want him on those streets by himself), I didn’t feel tired. My running coach told me that was great because my next cycle will have me doing mile repeats at my 5K pace YIKES!!! FIYAH!!!

On Sunday, my mind wanted me to go ahead and get in my long run that I missed. But my body, my body was telling me no. So I just relaxed and man it felt great!!! FEELING FRESH!!! 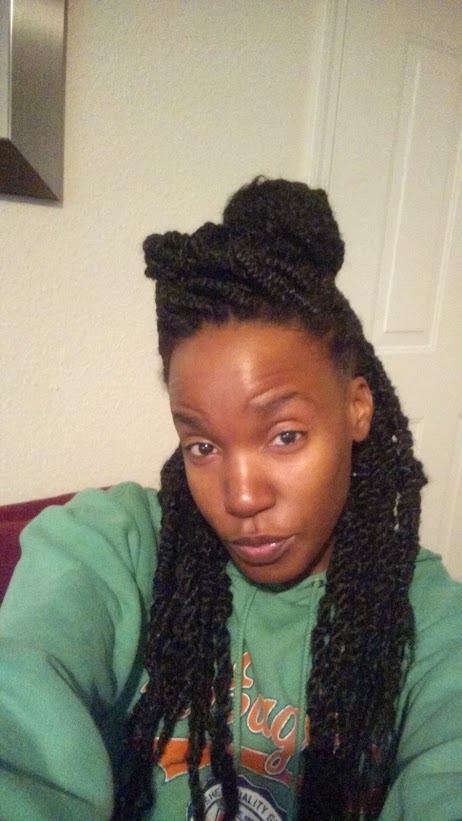 My week was very rough starting out but I did manage to get a few runs in. Over the last couple of months, I have learned not to get all bent out of shape if I miss a run. It’s not the end of the world. As long as I pick myself back up and get back on track…I’m GOOD.  My running coach also advised me not to make up days I miss because that could just lead to injury.  Once again, moving forward, I will try hard not to miss a running day but if it happens…it happens.

Are you following a training plan?  How do you handle missed days?