The first week of my fourth mesocycle really was one for the books.  I hit every thing that was on my training plan (yes, even the bike ride).  Don’t get me wrong, I had to switch a few things around during the week but I still was able to get it done.  It took me long enough to get on the ball.  Let’s see how the week played out…

I ran twice on Monday (remember from last week’s post, I didn’t do my long run) in preparation for the Palmetto 200 Relay (that’s my story and I’m sticking to it 😉 ).  I started out with a one mile warm-up at my conversation pace (CP) (8’45) and really tried to run the next six miles at my half marathon pace (again haven’t quite figured that pace out but I want to keep it under 8’25).  I ended the workout with a one mile cool down at my CP for a total of 8 miles.  I felt ready great during this run.  For some reason, when I got home, my dayum workout wouldn’t upload from my Garmin Express (major FAIL).

Later that evening, I hooked up with my sole sistah Renita, of Black Girls Run! Columbia.  We decided to meet at the Summit to tackle some hills.

Since I needed six miles I decided to park at and run from the Sandhills to our meeting spot, which ended up being a mile and a half away (oh well, that just meant I was able to take it easy on the Summit). My total mileage for that run ended up being a little over six miles. 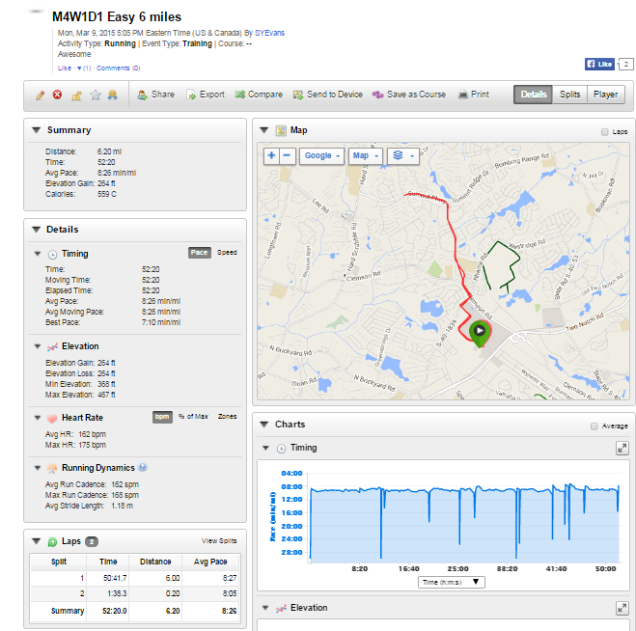 I just couldn’t get out of bed on Tuesday morning.  I hit my alarm clock and never heard from it again (thought I hit the snooze button).  My internal alarm went off but it was too late for me to meet the Tuesday morning run group.  No problem, I will just run after work (NOT).  That truly is the story of my life LMAO.  I don’t think it was in the cards for me to run after work that day.  I got dressed, even headed outside and then the battery on my Garmin died 😦 .  You already know, I do not run without GPS (and I’m too cheap to use my data just for a run).  Oh well, figured I would charge it and run later.  Renita posted meeting later that evening for a run so you know I was there 🙂 .  WINNING. 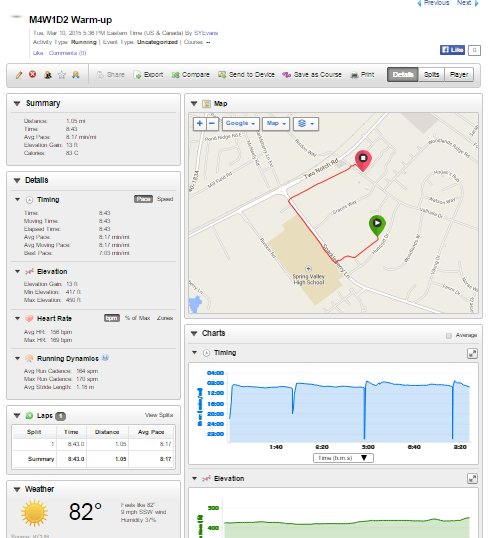 I headed out a few minutes earlier so I could get in an extra mile or two before meeting up with Renita.  The weather was a little on the warm side and she had a slight headache so we decided to walk it out (speed walk that is).

Yeah my training plan called for running five miles but I ran one and ended up walking five while getting to know Renita a little better.  Again WINNING. 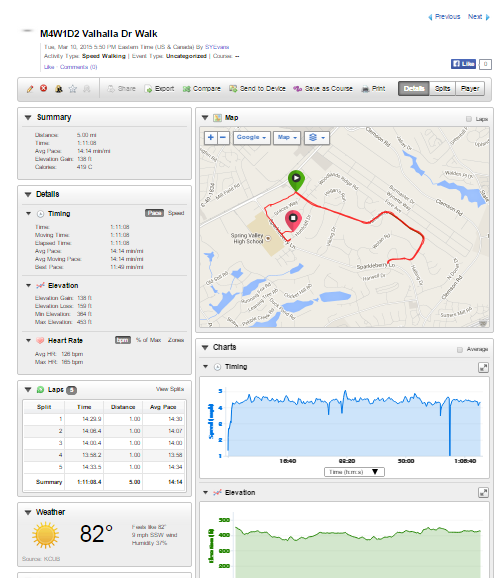 Wednesday, I met up with my sole sistah Mona. Since I was doing speed work, I asked if she would rather meet at Sandhills instead of Food Lion (she had posted earlier about doing a group run there).  She agreed to meeting me at Sandhills.  Once again WINNING!!!

Thursday, I had three sole sistahs show up for my group run.  YAY!!!

Of course I started out earlier to get in a couple of miles more than the route would allow.  My training plan called for a one mile warm-up at my CP (8’45), which worked out perfectly because I always take the time running over to meet the group as my warm-up (one mile exactly) and running back as my cool down.  This run, I did five repeats at an 8’15 pace followed by one minute at 8’45.  I really struggled with the first repeat but decided against repeating it again.  I picked my pace up by the second repeat and was back on track until the end.  Not a bad run at all.

Friday, I decided to make my rest day since I had a 10K on Saturday.

On Saturday, I ran in the Get to the Green 10K (read about it here). My training plan called for 8 miles, so I ran a mile back to my car after the race.  I really planned on running two miles back but that rain tho’ (actually I wasn’t familiar with the area and didn’t feel like running in circles in the rain trying to get in an extra mile).

I also was able to get my  bike ride in later that Saturday evening. 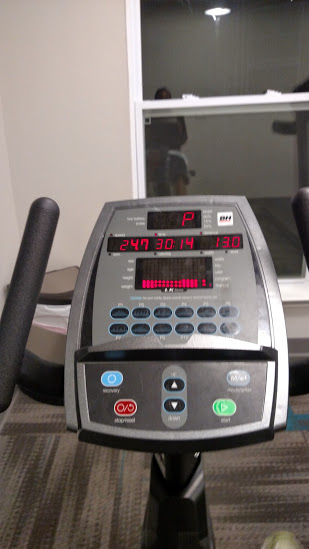 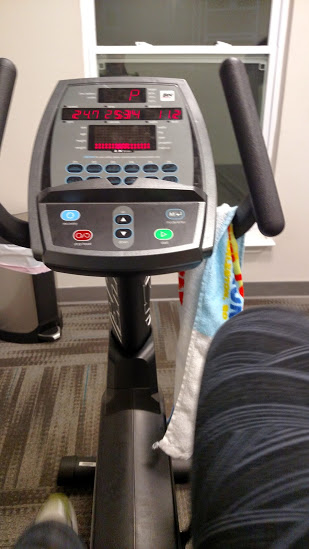 As you can read…this was an awesome week for training!!!  I managed my time well and was able to complete all tasks on my training plan.  Hopefully week 2 will give week 1 a run for the money.  Oh well I have my relay race coming up at the end of the week.  My goal is just to enjoy the experience and have a grand ol’ time.   Palmetto 200 Relay here I come!!!

How is your training going?