If at first you don’t succeed…dust yourself off and try again!!!

As you may recall, week 2 was a major fail because my body had its own agenda.  Being sick that week really sucked but maybe it was my body’s way of telling me to slow down. Since I’m very hard headed, I guess that’s a good defense mechanism, because I probably wouldn’t have stopped otherwise. I was so looking forward to the start of week 3.  I was feeling better and I really felt like I needed to feel the ‘run’.

On Monday, I met up with my sole sistah Karen from BGR! Augusta and got in a five mile run in the pouring rain (it started out light but then started to come down). Now mind you, Karen had just finished a half marathon in the rain the day before.  But my sole sistah still showed up to meet me for a run in the rain (again).  Days like this make me realize how much I miss living in GA.  I’m officially taking applications for new running buddies in my area. If interested let me know below in the comment section 🙂 .

My goal for this run was to get in 6 miles at my CP but we headed back before reaching the church (dagg I should have ran to the church…I was already wet).  Oh well, I ended up doing 5 miles at my CP and I felt great!!! It felt great just being back on the pavement after a week of no running at all.  I’M BACK!!! 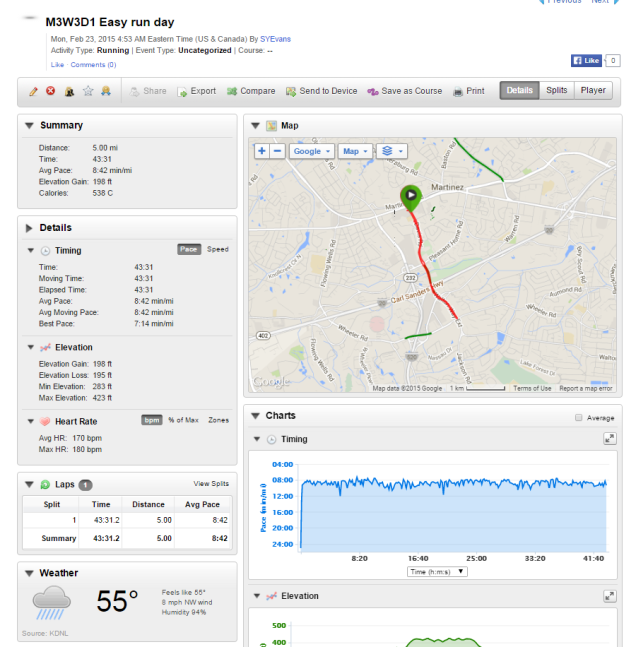 On Tuesday we were expecting some pretty bad weather so there was no group run posted in the group.  I woke up at my regular time (no bad weather) and decided I would just run later after work when it’s a little warmer (yeah right). Wednesday pretty much played out the same way Tuesday did except I did get in a mini workout at home (weights on deck). My plan moving forward was to double up on my runs the next couple of days in preparation for the Palmetto 200 mile relay.

Thursday, woke up and hit the pavement around seven. Once again, I felt great. This training run consisted of me doing a one mile warm-up at my CP (8’45), five repeats of a five minute run at an 8’15 pace with one minute at my CP, followed by a one mile cool down at my CP. Looking at my splits, I think I did pretty good (even if I was faster than 8’15 but I really tried). 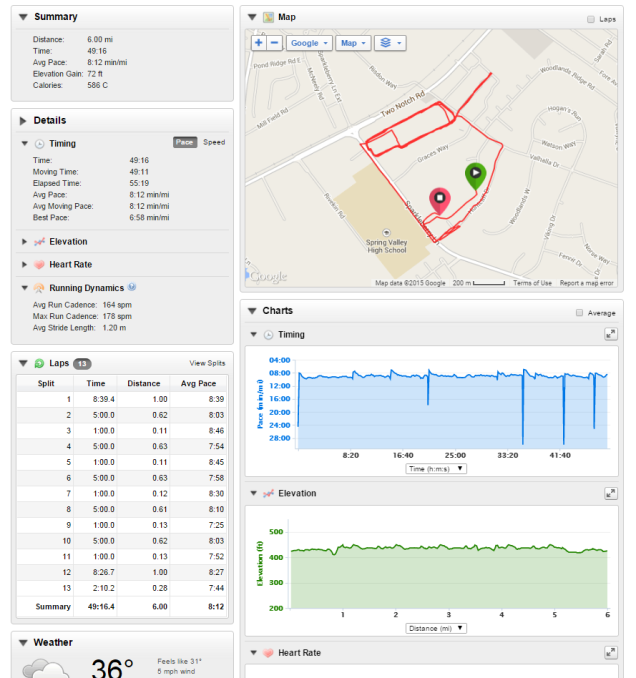 Since I’m running in the Palmetto 200 Relay, I figured I might as well run again later that day. My morning got started late so that meant a late day at work. No problem, I had to pick up my race packet for the Gamecocks Run 6K at 5:00 pm. So, I decided to run to the packet pickup location. It was only a mile from where I worked but I took the scenic route and ended up running 2.5 miles down and a little over half a mile back to my car. Again, I felt awesome. A few car drivers honked their horns and one passenger even stuck their head out and screamed ‘run girl run’. 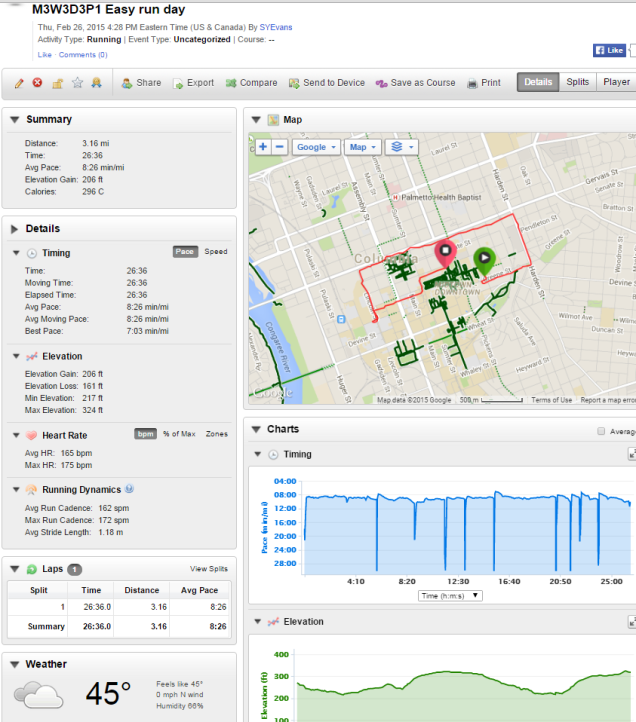 After packet pickup, I met up with my sole sistah, Penelope, from BGR! Columbia, at the Riverfront park. We both got in four miles that evening. My legs felt very heavy during this run but I still managed to run at my CP. I wanted to throw in the towel a couple of times but I just kept running. 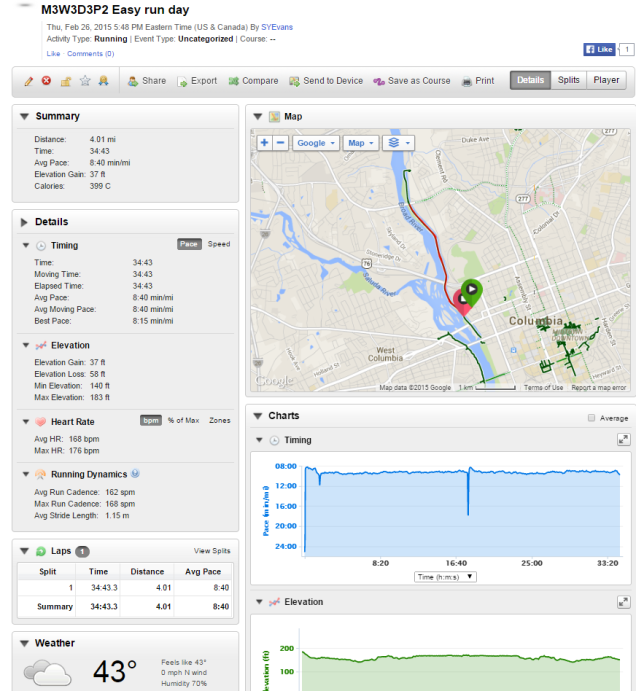 Friday I planned on meeting with BGR! Columbia at the Sandhills, but my alarm didn’t sound off. Must have been divine intervention…a sign for me to rest my legs for race day on Saturday. 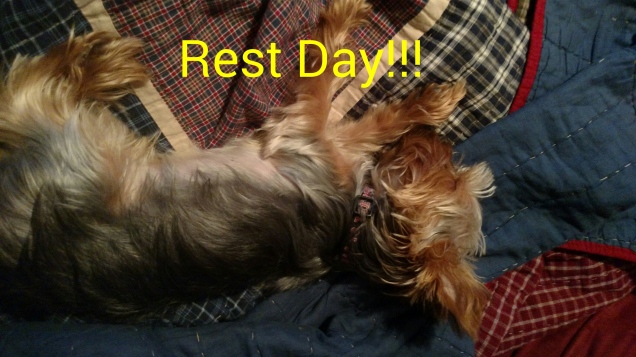 Saturday my training plan called for 12 miles at my CP.  Since I knew I was running the Gamecocks Run 6K (you can read all about it here), I had to figure out a way to get a few more miles in afterwards. Several of my BGR! sole sistahs were more than happy to run back to the starting point after the race. WINNING!!! I didn’t get my 12 miles in but I was able to log almost 8…I’ll take that!!! 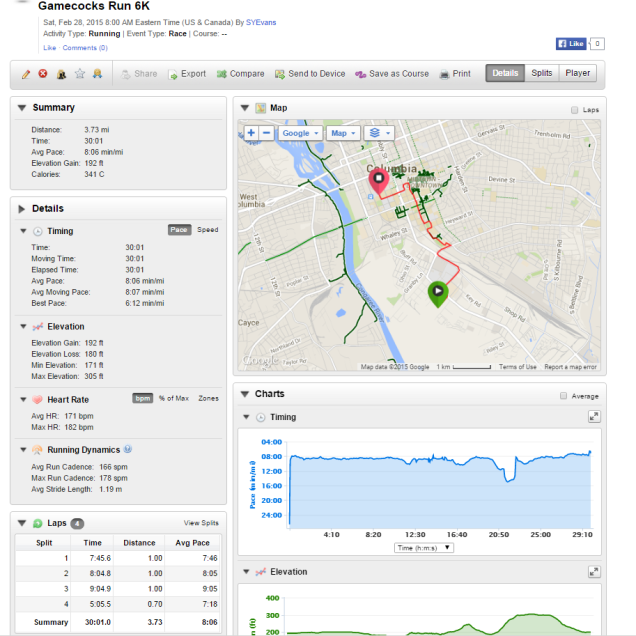 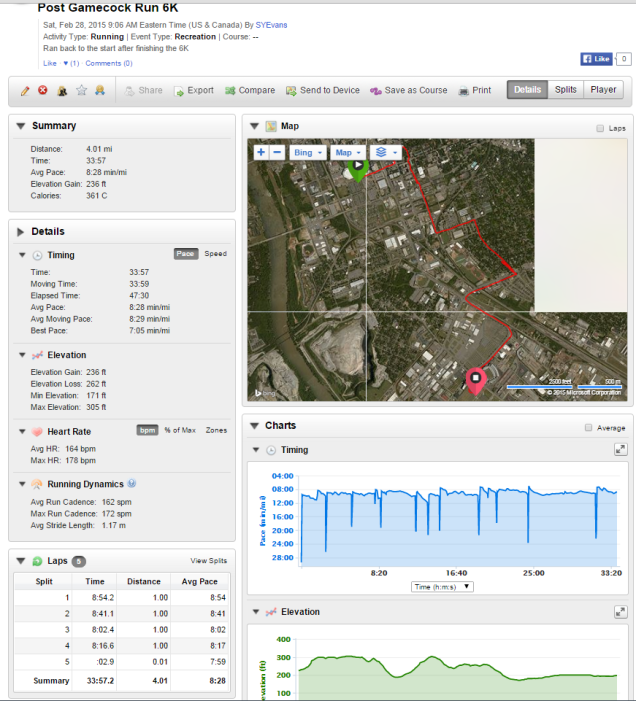 Week after week, we sometimes have barriers preventing us from getting it (in this case, my it is running) done, whether it’s lack of motivation and/or drive, being sick, work, family or whatever comes up.   We must know that, it  is up to us to dust ourselves off and try again. Being able to bounce back just proves that you have what it takes. Keep doing what you do and be the best at it. That’s what I’m going to do. Looking forward to week 4 (recovery week)!!! Happy running FAM!!!

How is you training going? Any upcoming races?

Are you looking for a dedicated running partner? Let’s sign up for a race together, find a training plan and stick to it… I’m down are you?